The president of El Mesón Sandwiches, Felipe Pérez, informed that he met up with Florida Governor Rick Scott, who supported the Puerto Rican restaurant chain’s expansion in the Sunshine State.

The meeting, requested by Scott himself, was effected in the restaurant with a drive-thru located in Osceola Parkway, Kissimmee. Government officials and the managerial team of El Mesón Sandwiches in Orlando convened for one hour and a half. 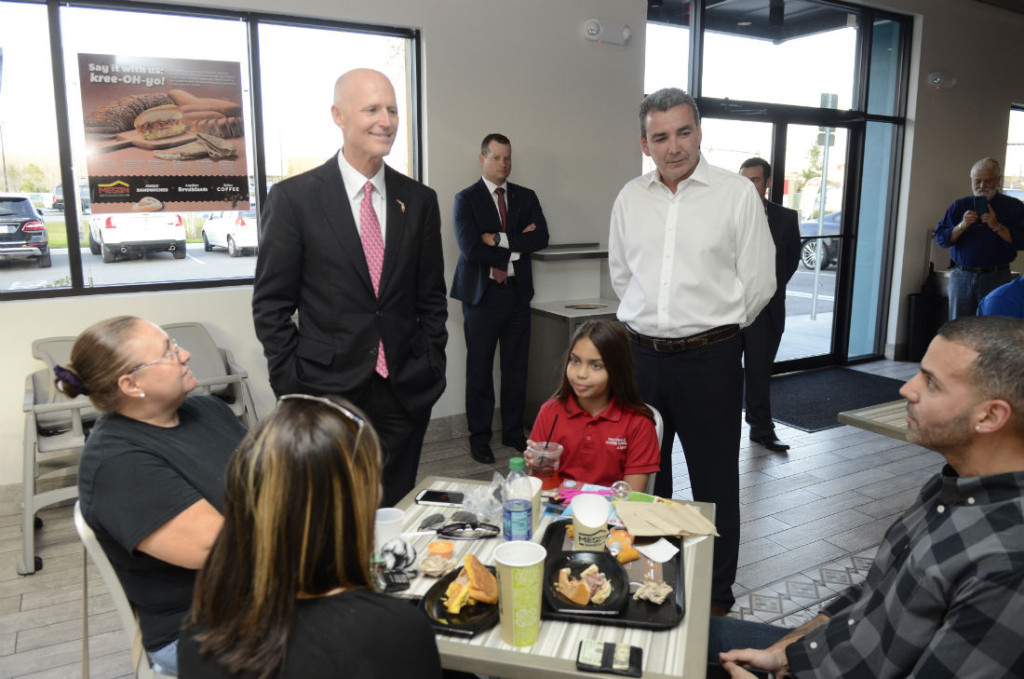 “Governor Scott praised and thanked our determination to select Florida as the first destination of our company’s expansion plan. He got to see our operations first-hand, and expressed his full support to El Mesón Sandwiches,” said Pérez in written declarations.

“I was surprised by how much Scott knows about our island and the fiscal and economic crises we are facing as a people,” added Pérez.

During his visit to the restaurant, Scott took the opportunity to enjoy a Whitehouse sandwich with sautéed mushrooms and iced tea.

El Mesón Sándwiches currently has three restaurants in central Florida. In June 2015, the company opened its first joint in Florida Mall’s Dining Pavilion. In June 2016 it opened its second restaurant with a drive-thru in Osceola Parkway, Kissimmee; and its third inaugurated September 2016 in Premium Outlets Vineland’s food court, in Orlando.

In 18 months, the chain will open two new restaurants with drive-thru windows: one of these will be located in Lee Vista Promenade, and another in The Gardens of Millenia, next to The Mall at Millenia. With these new installations, the Puerto Rican-owned company will have five U.S. establishments by 2018.